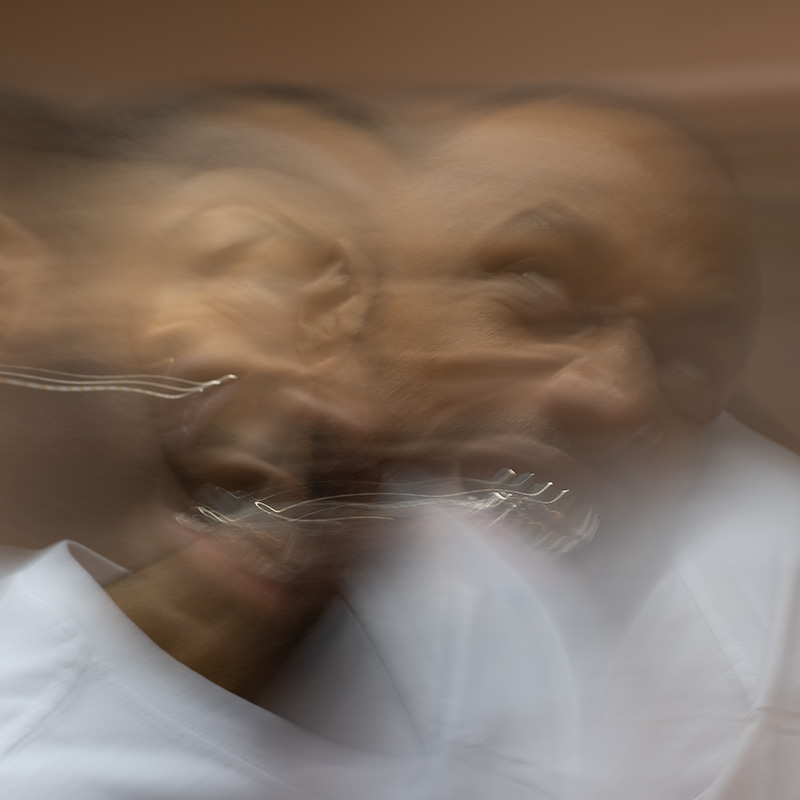 What would the world be like if there had been no colonisation? In D̶A̶R̶K̶MATTER, Cherish Menzo and Camilo Mejía Cortés disentangle their bodies from fixed patterns and preconceptions and go in search of a new, futuristic environment: the D̶A̶R̶K̶MATTER universe.

Suddenly, there she was: one of the most striking appearances in Dutch dance. In performances by Julidans makers Jan Martens, Nicole Beutler, Lisbeth Gruwez and Olivier Dubois, you simply could not get around Cherish Menzo because of her intense, physical presence. With her own work, Menzo ranks among the most exciting new choreographers of the moment. Her solo JEZEBEL (2019) has received many awards, including the Amsterdam Fringe Award and the International Bursary Award. She was also nominated for the BNG Bank Theatre Prize 2020.

JEZEBEL was about the sexualisation of black women in hip-hop, inspired by the video vixens, the twerking female performers in hip-hop videos from the late 1990s. Menzo moulded the stereotype of the 'hip-hop honey' into a new vixen: a strong black woman who refuses to be defined by others.

In her work, Menzo looks at how the body can transform itself in order to represent diverse ideas. She uses images that at first seem very recognisable, but that are presented in such a way that every assumption, preoccupation and prejudice is turned on its head.

In DARKMATTER, she searches, together with multidisciplinary artist Camilo Mejía Cortés, for ways to cut the body loose from fixed ideas as much as possible. For this, the performers look to the universe: to dark matter and black holes that collide, from which a new, futuristic and enigmatic body can emerge. Menzo draws inspiration from posthumanism, the idea that people will be potentially immortal in the future. Another important source of inspiration is Afrofuturism: this cultural movement is experiencing a revival with films such as Black Panther and views technology, science fiction, artificial intelligence and fantasy explicitly from a black perspective.

Menzo meanders between the nostalgia of the 1990s (hip-hop, rap lyrics, sci-fi, manga) and imaginary futures. She has developed a movement language of her own, based on 'chopped and screwed', a remix technique from the hip-hop scene in which the tempo of the music is slowed down considerably. As in JEZEBEL, Menzo, this time together with Cortés, expands her movement language further. This gives the performing body the space to generate new readings.

‘Menzo shows that she is a very strong performer, who can switch effortlessly from feminine to masculine and animal. She is enchanting and holds you every second.' - Best of Fringe Award 2019 jury about JEZEBEL