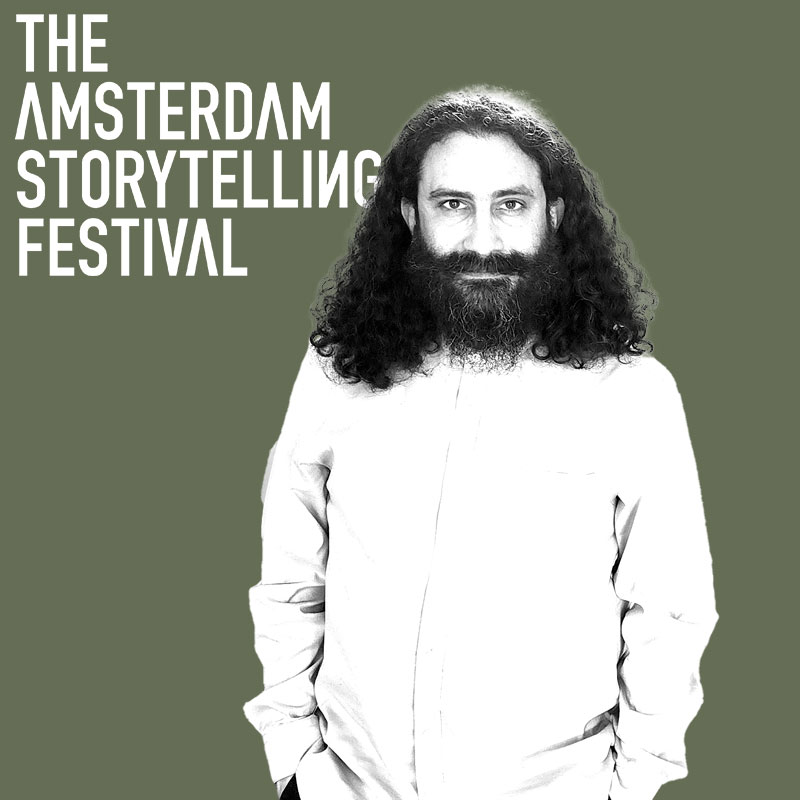 In this show, Raffi Feghali will explore his relationship with his home, the city of Beirut. A place he loves so much that he promised to never leave it, and now he’s learning to hate it because he can’t live in it for another second.

The show is about home; chosen, forced, in between, both, or other. We are born in a home, if we’re one of the lucky ones. Then we grow, explore, and choose it as our home, or choose another. Many of us, much more than we think or like to believe, have other homes forced on them in very obvious ways. Some of those learn to love their new homes and yet others live between the two. How else are our relationships with our home(s)? There’s a whole world of homes out there.

Raffi Feghali
Raffi Feghali is a theater director, storyteller, performer, percussionist, theater sound designer, and peacebuilder. He‘s directed more than 25 Theatre of the Oppressed, improvisational theatre, and other performances since 2009. As a performer he has performed in more than 60 shows worldwide, under many international directors. Raffi is one of the people who brought improv to Lebanon in 2009 and he has recently embarked on a journey taking him back to his storytelling roots. He launched his first autobiographical monodrama, Peer Gynt of Bourj Hammoud, in 2018 at The Amsterdam Storytelling Festival. This year he returns with Anatomy of a Home. Recently, he’s been in Interview the Dead and directed We Are The Ones Who Live Here. Raffi also dabbles in audio; sound design for film/theatre as well as radio dramas.