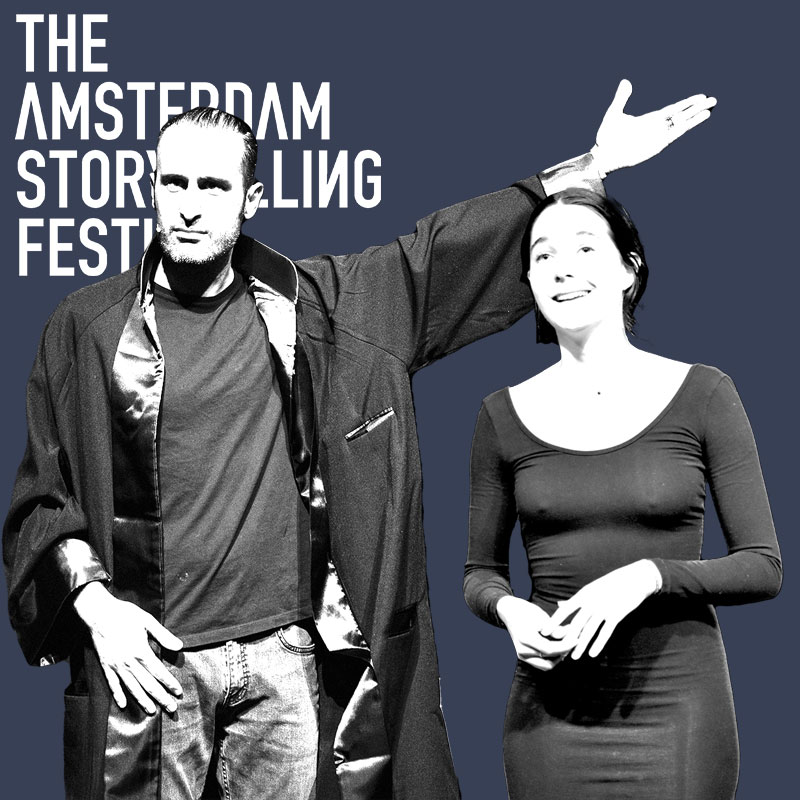 What happens when you cross to radically different disciplines? Come to find out! The Amsterdam Storytelling Festival and the Kaboom Animation Festival requested two storytellers to see what story they can tell using an animation. Lara Ricote and Betal Özay (both alumni of the Mezrab Storytelling School) have gladly accepted the challenge and have dived into finding a new way to tell in front of the big screen!

Betal Özay
Betal Özay (1980) had been telling stories at the courthouses as a lawyer but he had enough of that. So he found a way out and attended Mezrab Storytelling School in 2020. Betal likes to peel off all himself in front of the audiences about being a lawyer with weird cases, a citizen of a failing country, a husband who does not have a stable income. He definitely did not expect to celebrate his 40th birthday getting drunk under Covid-19 lockdown talking to his family through Zoom. His new storytelling show ‘Goodbye Erdogan’ just premiered at the Amsterdam Fringe Festival. Now he is ready to tackle something new: combining storytelling and animation.