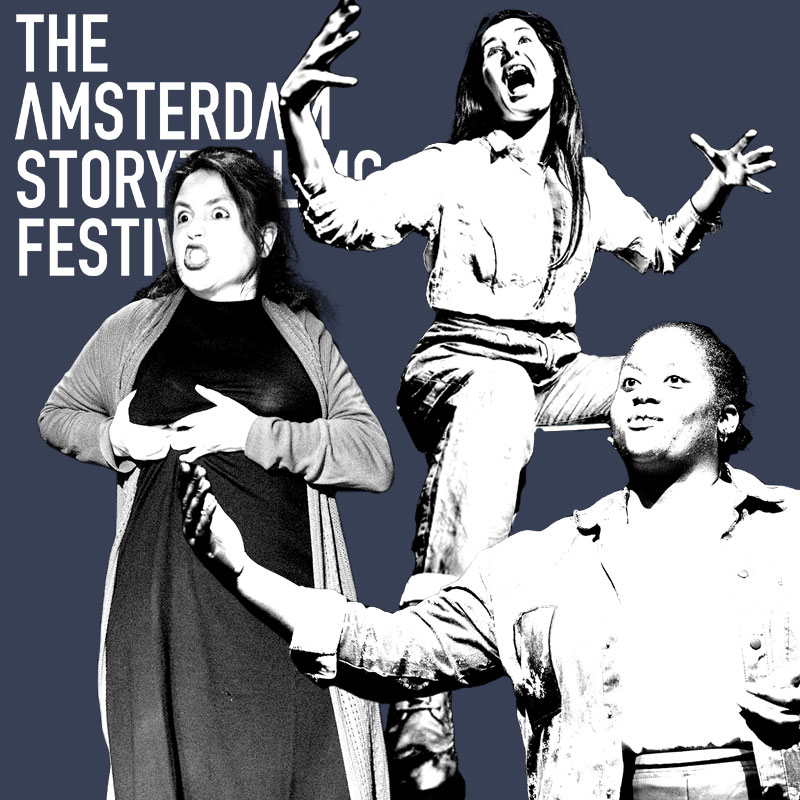 This show is a collection of three independent pieces developed by Jacqueline Korevaar, Sinéad O’Brien and Naomi Namutebi. Each of the storytellers is bringing their own interpretation of the festival theme: desire. The subject gives the artists a lot of room to play with: from desire for love and forgiveness to dark urges that turn us into monsters. Each artist tackles the task with their own unique approach: Sinéad is famous for telling traditional Irish myths combined with personal stories and physical theater, Jacqueline loves to tell myths with an unique personal twist, and Naomi brings forth the stories of her own life journey.

Sinéad O’Brien
Sinéad O’Brien is an international Storyteller and Theatre Maker. Sinéad believes that everyone has a story worth telling and she’s passionate about helping people find their voices. Recent credits include: Hero/Banlaoch Amsterdam Fringe 2022, No One is Coming Prague Fringe Festival 2022, Riverside Studios London Bitesize Festival 2022, Amsterdam Storytelling Festival 2020.

Jacqueline Korevaar
The Amsterdam based Jacqueline Korevaar is a modern storyteller with a big love for the theatrical and mythical traditions. In 2019 she completed the Professional Course at the Mezrab Storytelling School. Since then she has been spreading her wings, telling stories at different locations and festivals, amongst which Oerol, Zauberwort and Festival het Tussenland. She is very happy to tell at the Amsterdam Storytelling Festival.

Naomi Namutebi
Naomi Namutebi (1995) was born in Uganda. She moved to the Netherlands in 2015, and has since worked with DEGASTEN in Amsterdam, performing in shows like: Back to back, and Let there be light. In 2017, she created her own show My name before Naomi, which told of her struggles coming to the Netherlands as an asylum seeker. She continues to perform it around the Netherlands. In storytelling, Naomi tells stories from her own life but also draws upon mythology and folklore. She uses her struggles to inspire others to speak from their heart.