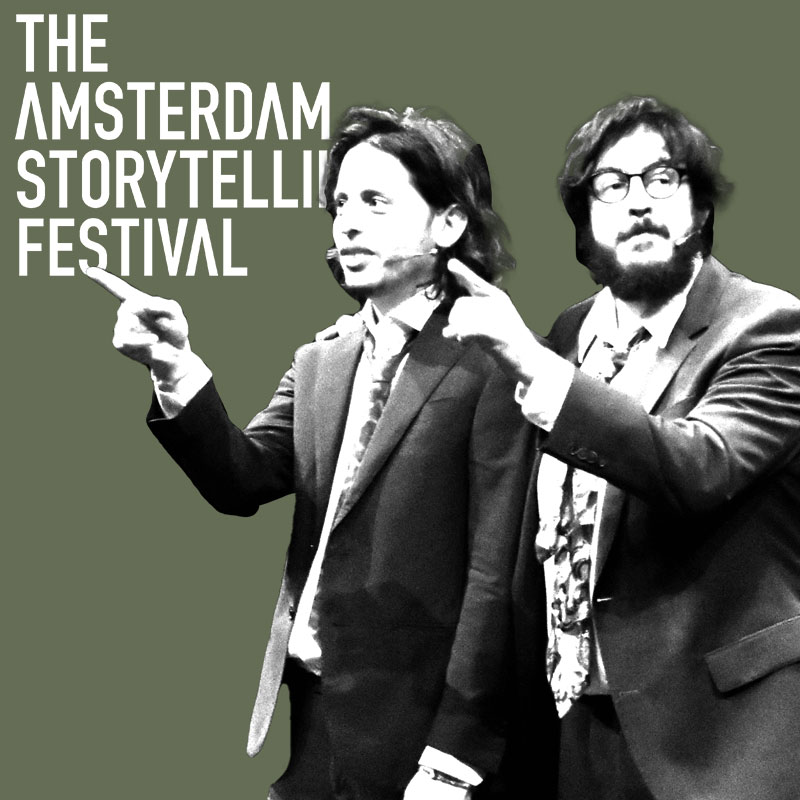 For the opening night of the festival you're invited for a night of stories, music, poetry and more by the festival directors Raphael Rodan and Sahand Sahebdivani. They have invited their most talented friends to bring a show made up of high quality surprises, all around the theme of the festival: Desire! What better way to kick off five days of storytelling?

After the show we will open the festival with a glass of champagne and mesmerizing music.

Raphael Rodan
Raphael Rodan (1980) is an award-winning theatre maker and storyteller. He graduated in 2008 from the School of Speech and Drama in Harduf in his country of birth Israel. He continued his actor training at the Actors Temple in London. He worked in Israel as a theatre director for Arab and Jewish young actors, using theatre as a bridge for communication. Since his move to Europe he runs storytelling workshops and performs all over the continent.

Sahand Sahebdivani
Sahand Sahebdivani (1980) is the most known storyteller of The Netherlands. In 2004 he founded the Mezrab, which has since grown to become one of the most important storytelling stages of the world. Sahand arrived in the Netherlands as a refugee of the Iran-Iraq war at the age of three. The experiences of him and his family have been the basis of the majority of his work.

Together, Raphael Rodan and Sahand Sahebdivani direct and co-create the The Amsterdam Storytelling Festival. They also established the Mezrab Storytelling School, a school that is striving to link the ancient art of storytelling with today’s burning questions.